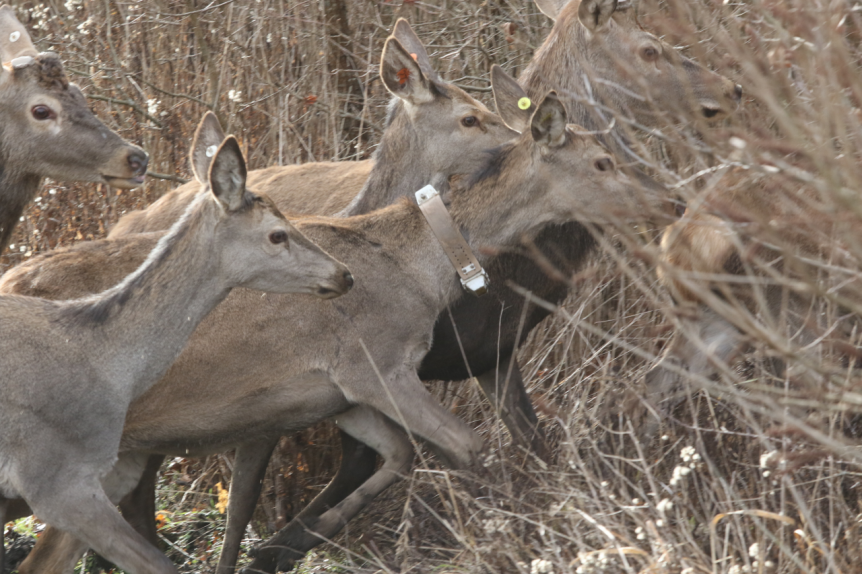 PE “Vojvodinašume” has reintroduced 24 does and 10 deer in the Bosut forest basin area. For the first time in Serbia, the deer population is marked with telemetry GPS collars, enabling their surveillance online at certain time intervals as well as signalling in case of death or poaching. Deer population came from Romania, area of ​​the Eastern Carpathians, which is known for its quality deer breeding. The quality of the area will significantly affect the increase in the genetic potential of existing deer population. A total of 24 does aged three to five years and 10 deer aged three years have been populated. They are labelled with ear tags, and 17 of them (10 does and 7 deer) have telemetry monitoring. In the next two years, 17 deer and does will broadcast a total of 22,984 GPS positions. Data processing will provide accurate data on day-to-day, seasonal and annual migrations, which are of particular importance in the event of repeated floods in the future. The release of deer population is organized within the framework of the cross-border IPA project “FORESTFLOW” – aimed at restoring areas damaged in floods in 2014, restoring drainage canals and access roads for the purpose of flood protection, raising public awareness on floods, etc. The project also plans to reintroduce deer population in Spačva-Bosut forest-hunting basin, so that the funds of deer population will be at the optimum number as it was prior to 2014 and to improve genetic potential of existing deer population. The release of deer population in Spačva forest basin is planned for March 2018.